Apart from the gloriously long sunshine hours, tantalising cuisine and wine and the pleasantly relaxed pace of life, there’s one more huge pull towards Tuscany for history lovers. This region of Italy is steeped in art and architectural history, its towers and churches still stand proudly in its cities and the countryside holding hidden gems of barely-changed villages waiting to be discovered.

Florence, the Cradle of Renaissance

This city is the birthplace of the colourful and whimsical movement known as the Renaissance. This was the first site in Tuscany to be named a World Heritage site by UNESCO. It was home to artists such as Michelangelo, Giotto, Brunelleschi and more, a thriving hub of artistic spirit; and it remains one today. During your visit, there'll be plenty of opportunities to drink in the art, from the glorious cathedral with Brunelleschi’s dome, Giotto’s intricate and statuesque bell tower, the Uffizi Museum, the Vasari Corridor, Santa Croce Church and many more sites. The Uffizi is impressive even for those who aren’t instantly intrigued by the selection of art, with its impressive interior architecture and the suspended passageway offering a one-of-a-kind view of the Arno river. The interior holds such delights as The Birth of Venus by Botticelli, the Doni Tondo by Michelangelo and Caravaggio’s Bacchus. 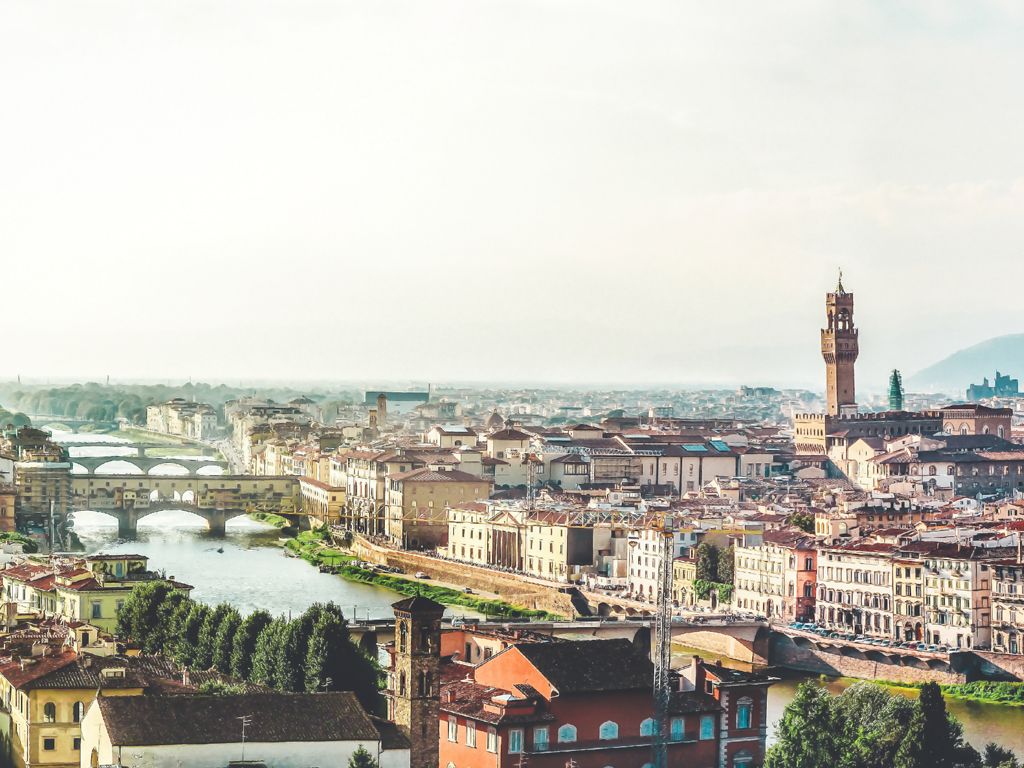 With a nickname like ‘the square of miracles’ you’d expect Piazza dei Miracoli, as the Piazza del Duomo is affectionately known, to be a pretty special place. Most of Pisa’s most glorious monuments all rise around this cradle of beauty: the leaning bell tower, the cathedral with its Romanesque architecture, the magical-looking baptistery and the eerily beautiful graveyard. Of course, the leaning tower is what most people come to admire but the baptistery is a unique blend of Romanesque and Gothic architectural features, and well worth a look. With its double-domed roof and arcades of marble columns, it would leave anyone, let alone an architecture lover, dumbfounded. 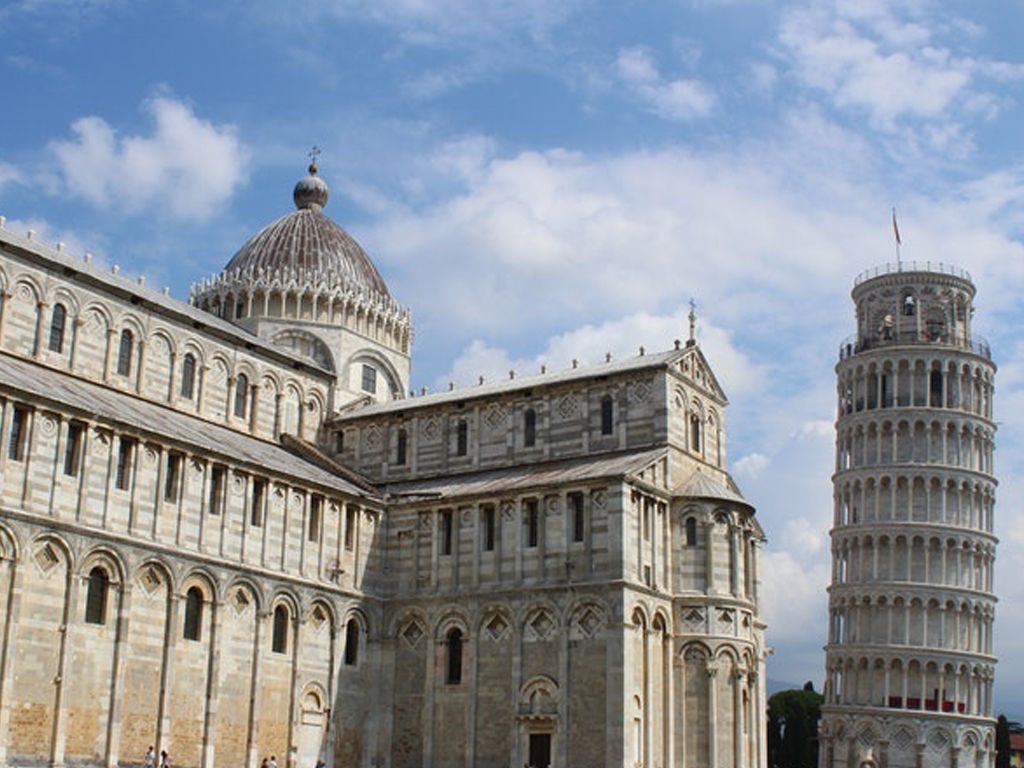 The Medici Villas and Gardens, Pienza

Once summer houses and hunting lodges for the powerful and wealthy Medici family, the 12 villas and two sprawling gardens just outside of Florence were the most recent addition to the UNESCO World Heritage list. As you walk around these grand, sculpted grounds, it’s hard to imagine this being just your summer residence. The Renaissance style architecture is balanced beautifully with the immaculately designed gardens, giving the perfect backdrop for a romantic walk or picnic. 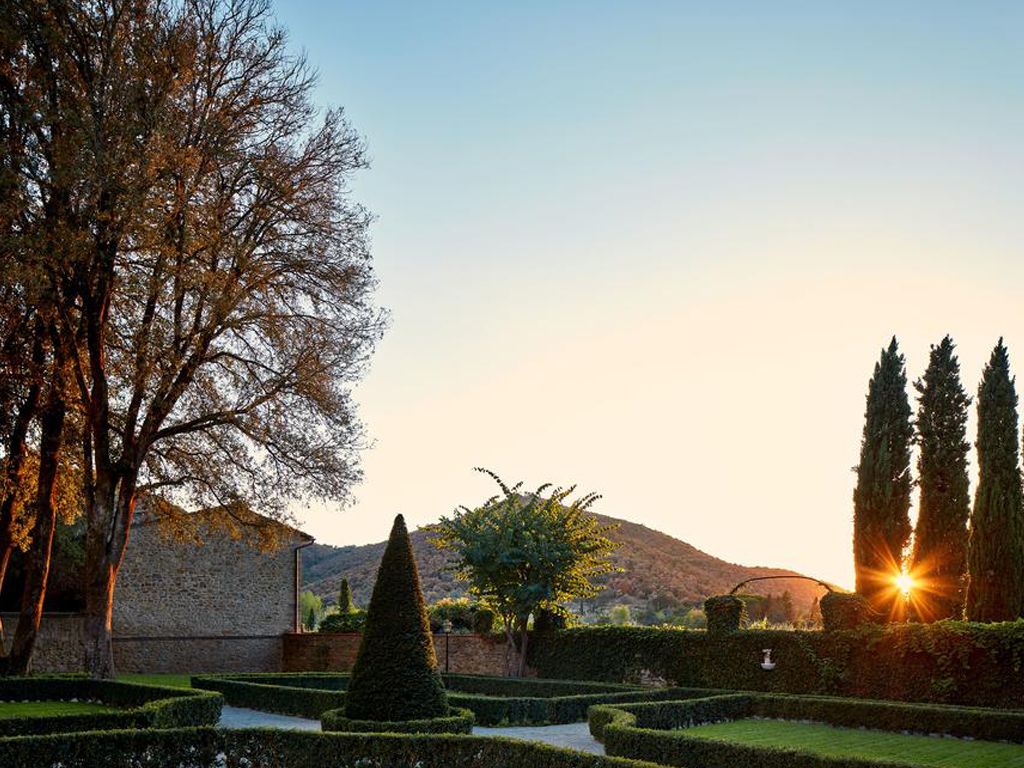 Picture rolling hills that seem to stretch for eternity, phenomenal sunsets, majestic lines of cypress trees; you might well be picturing a postcard, but it’s also the Orcia Valley. It’s one of our favourite legs of the Tuscany & The Chianti Hills group tour, with the Monte Amiata peak defining the horizon. Nestled in this peaceful, protected landscape are traditional, working vineyards and white-walled, red-roofed villages with sleepy cobbled streets and a way of life that would entice any traveller. 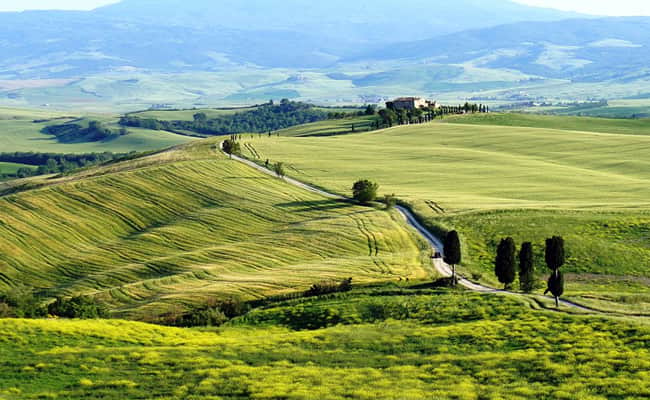